In Thailand, Arun is also a girl's name. The owner of The Thai Place here in Kansas City just happens to be named Arun and was absolutely tickled when she first met our Arun. The rest of the folks there also get a kick out of him and invariably, an inquiry as to Arun's status is made whenever I call for takeout. Also, it has been my first experience being known as "Arun's mom". As in being asked "Oh, is this Arun's mom?" when I am ON THE PHONE.  Never you mind that I have been frequenting the place since college and have entered the doors with a variety of boyfriends. I simply did not exist to those people until Arun came along. *grumble, grumble* 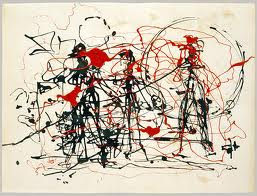 Our carpet is quickly becoming some sort of mawkish tribute to Jackson Pollack. A smattering of coffee (The Roasterie), toothpaste (Crest), blackberry jam (Archer Farms), a variety of yogurts (Fage, Stonyfield, Yoplait), spinach (Earthbound Farms), applesauce (Mott's), curry (India) and the most lovely of all, pink Playdoh (which should just be called D'oh! because seriously. That shit is never coming out.) have all rendered our carpet a sight to behold. Sigh.

We had a gorgeous weekend. After the prior week of death, family politics, teething, and a household of head colds replete with juicy, runny noses, it seemed that some higher being took pity on me by granting the Kansas City area a weekend of temperatures in the 70s. Saturday morning while in the shower, I decided that we must go to the zoo. I threw together a lunch and off we went. It was fabulous - just Arun, Anjali and I walking around. Arun was over the moon - for a kid as obsessed with animals as he is, the zoo was a splendor. My favorite part was when he saw the seals and said "Whoa. Dat's a BIG seal." Then, he shouted for all to hear "HEY SEAL! I SWIM, TOO!!!!" Then, he jabbered about sleeping hippos, roaring tigers and orangutans (raintans) all the way home.

Officially, the Kansas City Zoo has lost money on us. Their memberships are a steal.

I will try to feel guilty when I renew it later this month.
Posted by Cagey (Kelli Oliver George) at 11:11 AM

I am sitting in my home right now, freezing my ass off as the carpets are bring cleaned by some old guy with a truck.

My next carpet is going to be pizza colored.

This is why I love hardwood floors... forget the kids, I drop plenty of food, drink, lotion, etc. on the floor myself. Swiffering is much easier than carpet-cleaning.

Agree with stephanie above-I don't have kids, ergo, I have less of an excuse. But my carpets always end up a mess. *sigh*

I just signed up for a membership at the zoo. I'm so excited to take my son since he's now at the age where he can see the animals and have fun there. The membership was a great deal, if you go more than once you get your money's worth. I think we can do that!

Funny, must have been the weekend for animal memberships. We joined the aquarium for exactly that purpose.

Great weekend. Too bad the temps aren't sticking around. :-(

I got your text yesterday-yes and totally fine in answer to all your questions. Of course I left my cell at home so I can't call you right now. Will do so after I get home.

Soon we will be warm enough to go zooing, too! I can't wait. Madison has a splendid FREE zoo that's just perfect for the little ones.

I think our carpet looks like that! And when I steam clean it once a month, the water is black! *sigh* I want hardwood floors.

the zoo is so much fun. My little monkey loves the giraffes with the "long, long necks, mama." When did he start the double adjective before the noun thing?