Using All The Crayons 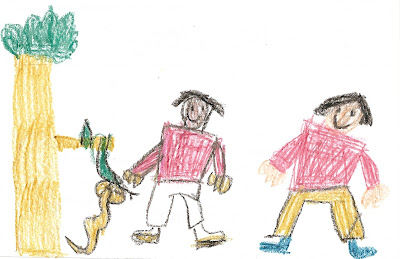 I asked Arun to draw a picture of his dream vacation.  Apparently, Disney World can suck it because my kid wants to go to India with his daddy to catch cobras and pit vipers.

I have not said much regarding the Trayvon Martin case yet because frankly, I was too damned busy listening (per Kelly Wickham's request).  I've also been pondering Te-Nehisi Coates' observations.  I have been following Slate's coverage (and felt my heart sink when the uncomfortable prediction was offered that we would see an acquittal of Zimmerman.)  And then, I click on more links. Which lead me to yet MORE links.

And then I listen some more.

You would think that my being married to a person of color grants me some Special Pass, a unique revocation of my White Privilege, but it does not quite work that way.  Oh sure, I gain some perspective when I hear folks compliment his English.  I gain insight when I hear him take calls with patients and the patients question his use of the name "George" as if it was his lame attempt to Anglicize himself.   Things certainly begin to click for me when I hear folks ask his location and express disbelief that he is truly in Kansas and instead, would rather believe he is huddled in a stifling cubicle deep in the heart of Bangalore.

Nope.  There are no Special Passes.

When I first heard of this notion called White Privilege, it rankled me.  Seriously, What. The. Hell.  White Privilege? Meaning the results of all of my hard work was actually based upon the color of my skin?   After all, I did not feel very privileged growing up in crummy, small Kansas towns with a father still deep in the throes of PTSD from his stint in Vietnam (not to mention my parents' incessant fighting and eventual divorce). Oh, and I can definitely report that my pasty, pale skin did not feel privileged working through college and later, still paying off student loans (certainly, there were no Moaning Myrtle scholarships to be had.)  Furthermore, the machine that graded my CPA exam probably did not care that I am white. Indeed.

I have never had reason to be scared of a cop.  I freely wear hoodies.  I have never been followed by security in a department store.  I have a HUGE temper, but no one has ever referred to me as an Angry White Woman (complete with predefined character attributions). In fact, I can only remember one time I have felt discriminated based upon color (let's leave misogyny out of this for now-- that is for another time entirely).  Manoj and I were out for dinner in Maine about 11 years ago and the waitress was extremely rude and curt with us. Manoj and I tend to give long leashes for our waitstaff because we respect how hard they work.  So, we simply thought we had gotten a server who was having a bad day.  Until I noticed her 2 tables over laughing, small-talking and offering up some really good customer service.  And then, I watched her come to OUR table and her demeanor did a 180.

However, honestly? The experience wasn't horrifying for me.  Because it was isolated.   It gave me some acumen, to be sure, but I did not leave the restaurant scarred for life.  And besides, the waitress was being crappy to me only because I was with a person of color.  I walked out of that restaurant still WHITE.  My husband was still BROWN.

Oh, and here is the real kicker -- because of my WHITE skin, my kids are now so ethnically ambiguous that I may never have to worry about them wearing hoodies on a rainy night as they dash to the store to buy Skittles.

Now that I have reconsidered this White Privilege gig I have going on, what am I going to do about it?  What can any of us do about it?  Yes, we need to listen, but then we need to talk about it.  And we need to quit pretending that kids do not see color.  Ever since my kids have grasped a crayon in their grubby paws, they have always been conscientious of coloring their family members the correct, corresponding shade (and as I have written before, we are very frank about color with our kids.)

Quit chirping brightly "my kids are colorblind!"  Your kids are not colorblind, they just don't care! Do what you can to keep it that way.  Encourage questions!  The other day, my son's friend was asking who Arun's mama was and who Anjali's daddy simply because he was confused by all the shades we have going on in our family.  And this kid is African-American!  At one point, he thought he shouldn't be asking the questions, but I encouraged him to finish his question.  And then, I gently explained to him what happens with mixed-race kids.

I can't change any laws, but I can keep a careful eye on who I vote for.

I can't change others' racist views but I can discourage the conversation or call out racist views.

I am in charge of two small humans who have the potential to positively influence others.  And when their friends come to visit and are in my home, I have those moments as well to reflect a positive attitude.

In the meantime, I need to get back to listening.

Her Special Ingredient is Chemical X

This morning, I told Anjali that I would be writing a blog post for her 6th birthday.  She insisted that she be the one to choose all the pictures...........

She is going to start taking piano lessons this fall.  I have been waiting for this moment since the day she was born so that I may live vicariously through her ..... as is my destiny.  Because this is all about ME, right? 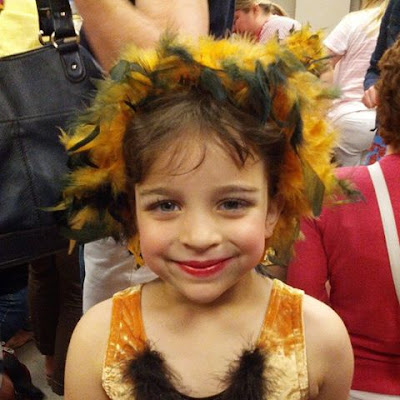 After her first dance recital, she declared she was ready for something new.  First swimming, and then piano.  I wasn't much of a Stage Mom, but I could be a Music Lessons Mom in a quarter note.  Totally. 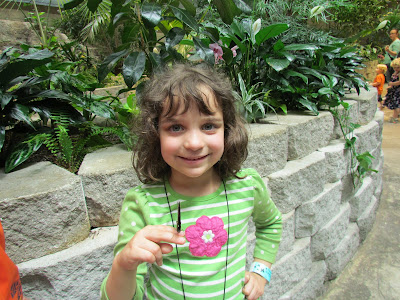 The Butterfly Palace in Branson MO is a yearly tradition for us and each visit is a 3+ hour affair that ends with me begging to leave.  This was Manoj's first visit with us and I think he was shocked at the tenacity our kids have for butterfly wrangling. 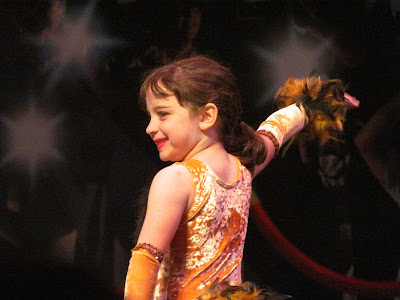 I cannot express how impressed I was with her bravery at her recital-- not only did she perform onstage on the huge, professional stage at the Lied Center at the University of Kansas, but she SMILED the entire time.  She is so shy and reserved in school settings, this was a shock to see her so comfortable on stage. 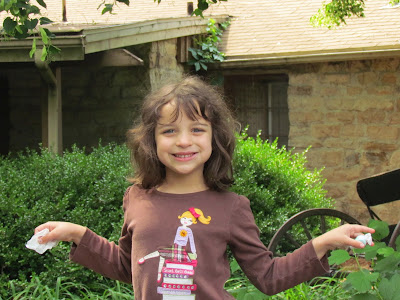 I love this snap because in her hand are pieces of salt water taffy.  We go to Branson every year and she begins talking about the candy store months before the trip.  It reminds me of the time when she was so, so small and she declared emphatically to Manoj, "Daddy, food is my FAVORITE."


Speaking of "favortie"..... Her favorite TV shows are the Wild Kratts and the Powerpuff Girls.  Her favorite Powerpuff Girl is Bubbles because "she is the creative one."  When she grows up, she wants to be "an artistic veterinarian".  However, according to her, "you have to go to school to be a veterinarian, but you can't go to school to be an artist.  You are either born with it... or you are not". (Captain Subtext guesses she thinks she was born with it.)   Her favorite books are Fancy Nancy and Curious George.  Her favorite restaurants are Wei-Wei Thai Place and Taco Bueno.  For breakfast, she likes to eat waffles or an organic veggie burrito with Cholula sauce.  She has a crazy sweet tooth which her father is more than happy to indulge.  Her favorite song is Taylor Swift's "I Knew You Were Trouble".  She is in complete charge of her hair, her wardrobe and her fingernail polish (and if it were her choice, she would be in charge of some makeup, too.  Argh.)  She mostly thinks boys are stinky, except for her brother who is either her best friend or her worst enemy, depending on the hour of the day. She spends hours upon hours in our dining room creating elaborate construction paper masterpieces (and complementary elaborate messes.....)

And it is true.  She is exactly who I had always dreamed of.

I am sneaking this picture in, despite her Lack of Approval.  I love this picture -- she is just a day old and it reminds me of how in awe I was of her.  Since she was my 2nd baby, I was completely at ease with her and co-sleeping and breastfeeding.... ALL of it.   I remember relishing the fact  that I had a baby boy AND a baby girl.  I felt like the luckiest mama in the world.